Try to consider the following concepts during your next exercise:

A proverb says: «What goes around, comes around.» One is treated the same way as one treats other people. Although we are well aware of that, it often seems to slip our minds in everyday life. Frequently, we have to reprimand ourselves when we are quicktempered, become enraged, or are annoyed by our parents. As a result, there are situations which we later on regret and which we could have avoided in the first place. The recommendation «put mind in gear before opening mouth» offers a good and healthy alternative: Breathe in deeply, take your time and reflect on how you want to react. Everything you say will have consequences.

You can learn taking your time in exercises. With a regular mindfulness training, you will succeed in finding the right words in the future. You will discover new words in your vocabulary; words that do not harm, do not anger people or make them feel discouraged and dejected. You will use words which are constructive, encouraging, and enlightening.

Which qualities should a ««mindful»» communication have?

Pose a question,
consider the consequences

Notice –
be mindful of that breath,
and if you are standing,
feel the weight of your feet
on the ground

Scan –
look around,
noticing without judging

Listen mindfully
and take a bit of time
to consider it

Breathe in,
notice the pause,
the stillness,
pay attention to the pauses 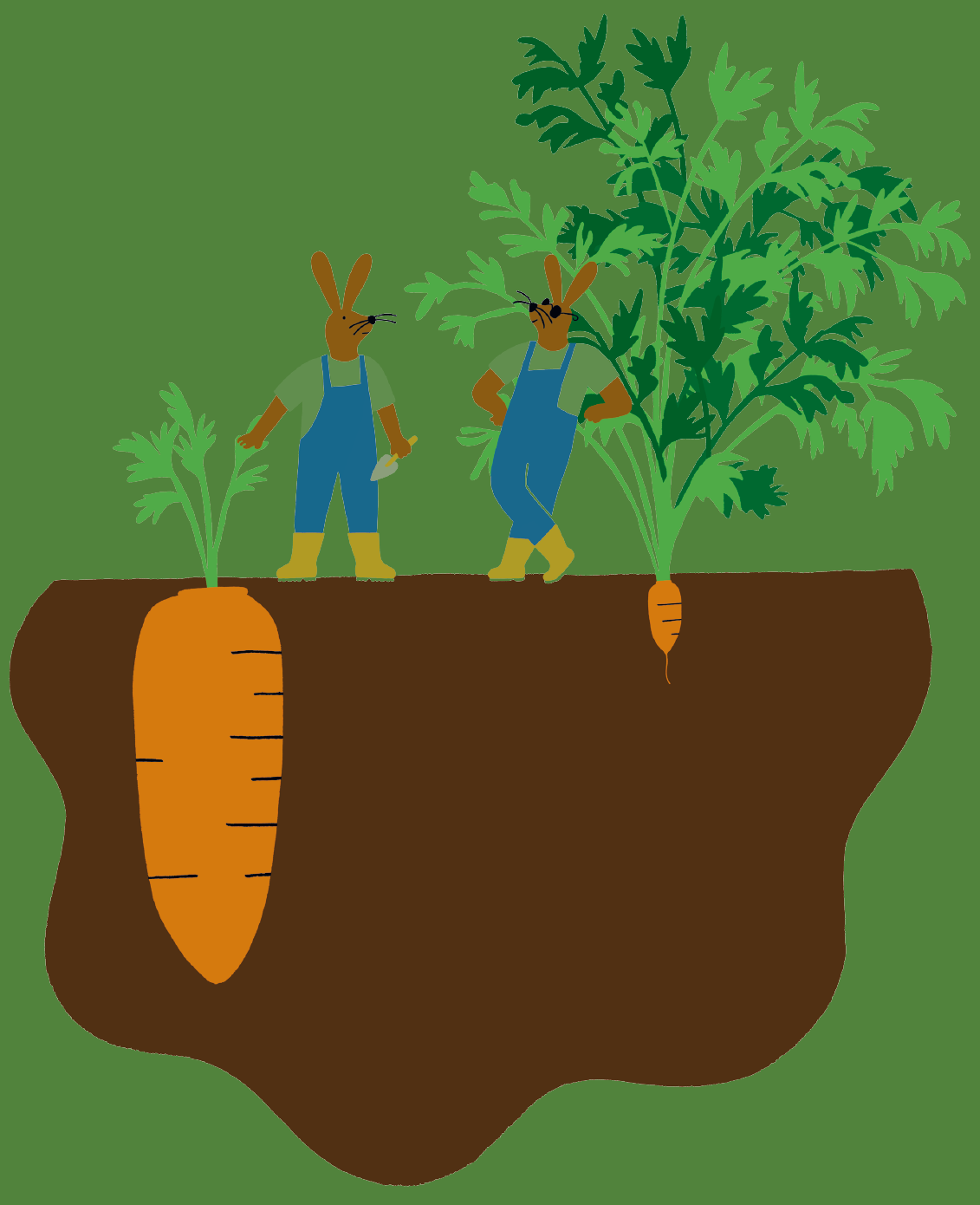 Success isn’t always what you see

Feel free to add your own words and thoughts!

Switching off the autopilot 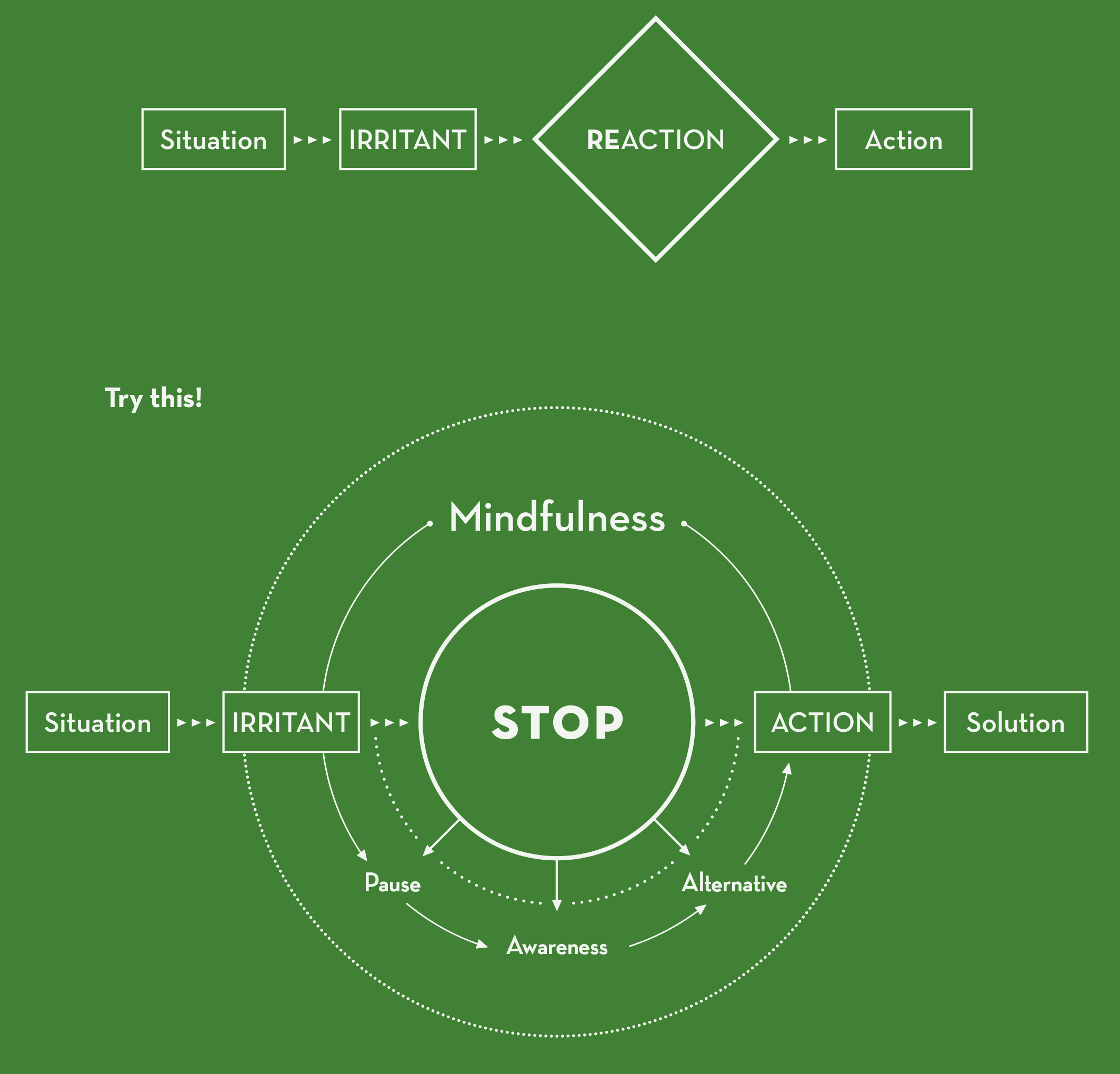 The Father, the Son and the Donkey – or how you cannot please everyone

In the heat of the day, a father went through the dusty streets of Keshan with his son and a donkey. The father sat on the donkey, and the boy led it. «The poor kid», said a passerby. «His short little legs try to keep up with the donkey. How can that man sit there so lazily on the donkey, when he sees that the boy is running himself ragged?» The father took the comment to heart, climbed down from the donkey at the next corner, and let the boy climb up. But it wasn’t long before a passerby again raised his voice and said, «What a disgrace! The little brat sits up there like a sultan while his poor old father runs alongside.» This remark hurt the boy very much, and he asked his father to sit behind him on the donkey. «Have you ever seen anything like that?» griped a veiled woman. «Such cruelty to animals. The poor donkey’s back is sagging, and that old good-for-nothing and his son lounge around as if it were a divan – the poor creature!» The targets of this criticism looked at each other and, without saying a word, climbed down from the donkey. But they had barely gone a few steps, when a stranger poked fun at them by saying, «Thank heavens I’m not that stupid. Why do you two walk your donkey when it doesn’t do you any good, when it doesn’t even carry one of you?» The father shoved a handful of straw into the donkey’s mouth and laid his hand on his son’s shoulder.

The German-Iranian psychotherapist Nossrat Peseschkian published this story in his book «Oriental Stories as Tools in Psychotherapy». This anecdote reminds us that there will always be people around us who think they know better. If we try to please someone, we might disappoint someone else. There will always be people with different opinions around us. Therefore it is essential that we find out what we want ourselves and try to be as true to ourselves as possible.

«Regardless what we do», he said, «there’s someone who disagrees with it. I think we have to know for ourselves what we think is right.»

Take a quiet minute just for yourself.
Rest within yourself and ask yourself:

… and what belongs together for you?

Connect what belongs together! 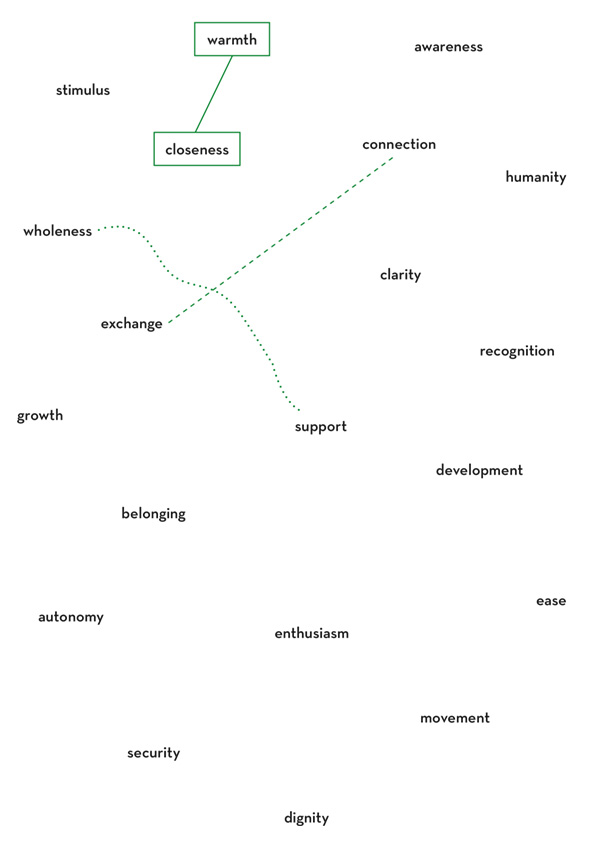